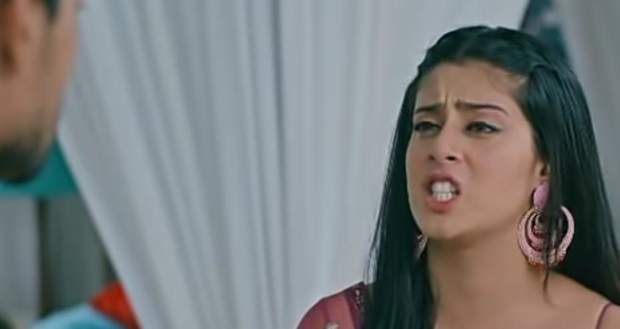 Today's Udaariyaan 25 August 2021 episode starts with Jasmin and Fateh going inside the abandoned room and her hinting things at him.

She asks him if the bed broke because of him and Tejo while he tells her what she's speaking of.

He tells her that he and Tejo slept at different places and Jasmin slaps him calling him a liar.

She rebukes him and asks him if he sleeps with Tejo every night while he refuses saying that that might be a weak moment for him and that he never slept with Tejo after that.

Fateh tries to justify herself while she tells him that she knows what to do.

Elsewhere, Tejo asks Amrik if he's dating Jasmin but he denies saying that they are just good friends.

Amrik asks her if she thinks Jasmin still loves Fateh and reveals that Nimmo informed him about Jasmin being at the hospital with Fateh.

Elsewhere, Fateh tries to patch up with Jasmin while she tells him to tell the truth to Tejo and leaves saying that he has three days.

Fateh comes home and comforts a crying Tejo while she asks him why they never got together after that night.

He lies to her that it is just work stress and puts her to sleep.

He tells her to believe in him and hugs her while she gets Simran's call and goes.

He asks her if a man should divorce his wife if he's not happy with the marriage while but Gurpreet tells him that divorce is not accepted in their family.

He tells to not worry as everything is fine between him and Tejo while thinking to reveal the truth to Tejo.