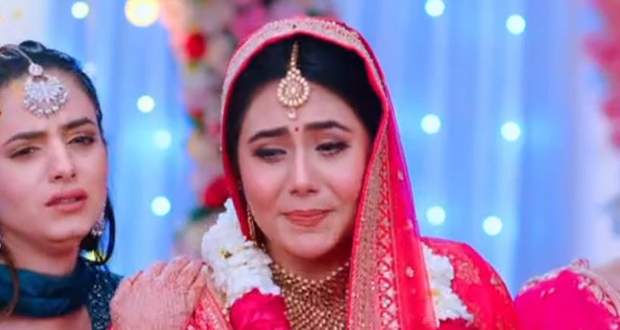 Simran says that Candy is her son and for a mother, nothing can be more important than her own child.

Having said this, Simran asks to see Candy but he is seen nowhere in the house.

When no one finds Candy, Simran's heart skips a beat worrying for her son, Candy.

Thinking that as usual Jasmine must have done something wicked, Fateh moves towards her asking where Candy is.

Amrik blocks Fateh's way saying that he should stop doubting her for every problem.

At the same time, Tejo continues to look for Candy and suddenly hears a sobbing voice.

When Tejo follows the voice, it takes her to Candy who is hiding in a suitcase under the bed.

On asking the reason for hiding in such a place, Candy says that he was scared of Buzzo's father who was scolding his mother, Simran.

Tejo unites Candy and Simran which brings back Simran's breath.

Candy says that instead of calling and troubling them he'll just kiss his mother's picture when he'll miss her.

Hearing the innocence in Candy's voice, Buzzo's father hugs him and accepts Candy and Simran as his family.

While leaving her parents' house, Simran apologizes for all her mistakes in her past.

Khushbeer says that Simran is his pride which brings tears to her eyes.