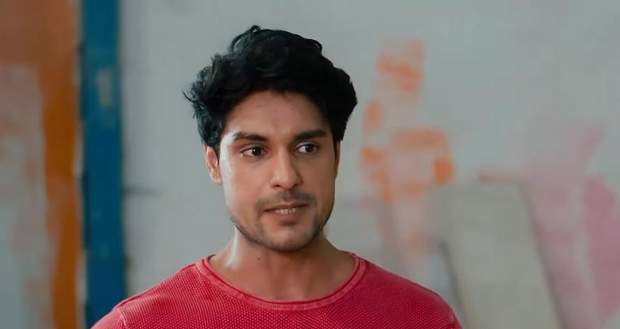 Today's Udaariyaan 25th July 2022 episode starts with Tejo apologizing to Fateh while he tells her that it's not necessary as she saw only what was shown to her.

However, Tejo still apologizes to Fateh and emotionally tells him that she knows now that he didn't kill their baby.

Tejo recalls how she wanted to inform Fateh about the baby that night and he tells her that he knows as Jasmine had told him that she wanted to talk to him.

Further, Fateh reveals how Jasmine helped him in trying to put off the fire while Tejo feels shocked and guilty hearing it.

Fateh further sits beside her and cries recalling how Amrik died which makes Tejo think that she is at fault for his death.

However, Fateh holds her hands emotionally and tells her to not feel guilty saying that he got her and that is okay.

Just then, Rupy calls out to them saying that the Virk family has arrived.

Khushbeer and Gurpreet have an emotional reuniting with Tejo while they request Fateh to return home.

Fateh initially refuses but agrees when Gurpreet and Khushbeer request Tejo to return home too.

However, Tejo gets shocked to learn that she and Fateh are again married and refuses to accept it saying that she was not in her right state of mind.

Fateh gets hurt by Tejo's words while she apologizes to everyone saying that she cannot accept the wedding that she doesn't remember.

Gurpreet gets desperate and pesters Tejo to accept the marriage but Fateh tells them to not bother Tejo with a stern voice.

Fateh goes to stand in front of Tejo and takes the Mangalsutra from her saying that he will keep it as a memory of her.

The Virk family bids an emotional goodbye to Tejo and returns home.

Elsewhere, Jasmine has a nightmare about Fateh lighting her on fire and wakes up screaming.

Sweety's mother learns about Jasmine and kicks her out of the basement.

Later, Tejo and Fateh both recall each other and get emotional.

© Copyright tellybest.com, 2022, 2023. All Rights Reserved. Unauthorized use and/or duplication of any material from tellybest.com without written permission is strictly prohibited.
Cached Saved on: Tuesday 22nd of November 2022 06:29:30 AMCached Disp on: Thursday 1st of December 2022 09:11:15 PM