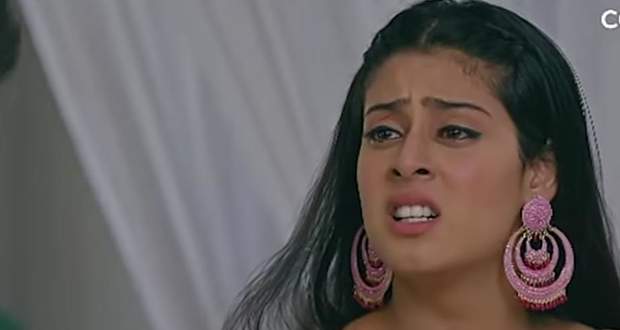 Today's Udaariyaan 26 August 2021 episode starts with Fateh dining with Tejo and ignoring Jasmin's calls while she thinks that he only has three days.

The next morning, Jasmin meets Tejo and gives her sweets while Tejo says that Fateh made her mood better by saying that they can try for the baby some other time.

Jasmin meets Fateh and taunts while he tells her to understand when he gets a call from Tejo to pick her up as her car broke down.

Jasmin tells him to refuse but he leaves anyways making Jasmin furious.

Fateh reaches Tejo while Candy is also with her.

He tells her that he knows Fateh and that he is a friend of her mother.

Simran sees them from a far and gets emotional while Candy notices her.

Simran hides while Tejo makes Candy go home as Fateh says that he reminds him of Simran.

Elsewhere, Jasmin tells Sweety that she wants Tejo to see her and Fateh together so that she believe that Fateh is still in love with her.

Jasmin calls Fateh and tells him to come home as she is having a headache and no one is at home.

Further, she manages to convince him to sit in his room and massage her head while she secretly calls Tejo home with the same excuse.

Jasmin pulls Fateh close while Tejo enters the home and calls out to her shocking Fateh.