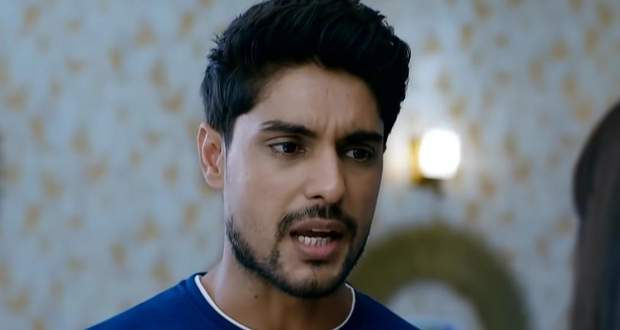 Elsewhere, Satti blames Rupy for all the problems saying that he isn't going to bring back Tejo and that she will suffer there while Rupy says that Tejo is very strong.

Fateh doesn't eat food thinking about Gurpreet while Nimmo taunts the Virk family for being rigid and says that their rigidity will break the family.

Tejo tells Mahi to take care of Gurpreet on call and tells her that they are checking many places to find Fateh.

Later, they manage to find the lodge where there are staying and Tejo tells Buzo to leave as it might create misunderstandings again and he leaves while she knocks on Fateh's room.

Jasmin taunts Tejo seeing her and goes out of the room while Tejo requests Fateh to return to Virk's house for Gurpreet.

However, he tells her that she could have stopped everything and blames her for the outcome.

Just then, police raid the lodge while Jasmin hides from them.

The police refuse to believe that Tejo and Fateh are husband and wife and arrest them.

Fateh looks for Jasmin while Tejo tells him that she must have hidden already as she is very clever.

At the police station, Fateh demands to talk to a lawyer on his phone and gets angry at the inspector while Tejo calms him.

The lady constable puts both of them in the same cell while Jasmin comes there and tells the police inspector that they are mistaken and that they have arrested her husband, Fateh.

However, the lady constable says that he is already with his wife.