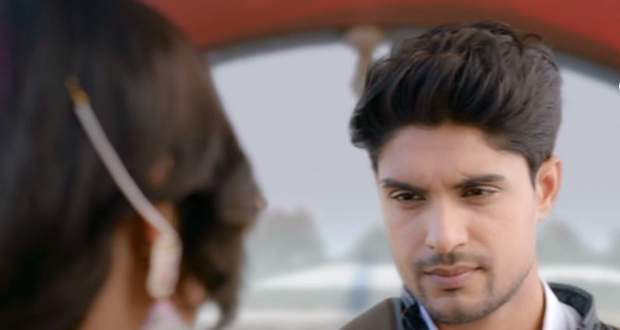 Fateh says he just did what she had done to him.

Fateh tells Jasmine that during the Diwali party when the house was on fire, Jass told Fateh the truth.

Jass told Fateh that Jasmine gave him money to get Tejo out of Fateh's life.

Fateh asks Jasmine why did she bring back Jass into Tejo's life.

Jasmine says that she wanted Fateh for herself that's why she played all the tactics.

Fateh explains to her how much Tejo has done for her and both the families.

Jasmine says that Tejo doesn't even know what love is and all she has done is just to take Fateh away from Tejo.

Further, Fateh tries to leave but Jasmine stops him saying he can't leave his wife alone.

Fateh gives her a reality check by telling Jasmine that all the rituals in their marriage were fake and the Panditji who got them married was an actor. So, Jasmine is still Ms. Jasmine Sandhu and not Mrs. Fateh Virk.

Fateh apologizes to the airport security and assures them he won't repeat this mistake again.

Fateh tells Jasmine that she is free and leaves from there. Jasmine follows him and says she won't do anything wrong again.

Jasmine requests Fateh to give her a second chance. Fateh says he already forgave her after she dumped him for the first time.

Fateh says he won't do the same mistake again and walks away.

© Copyright tellybest.com, 2020, 2021. All Rights Reserved. Unauthorized use and/or duplication of any material from tellybest.com without written permission is strictly prohibited.
Cached Saved on: Wednesday 19th of January 2022 12:46:46 PM