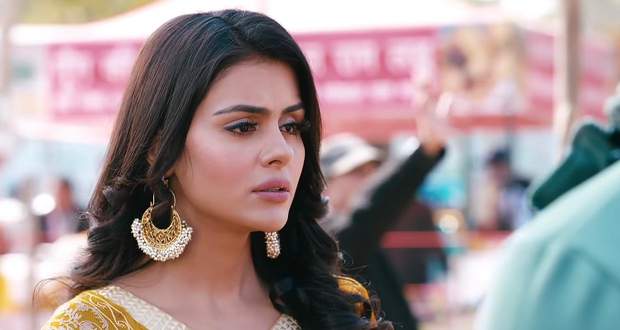 Today's Udaariyaan 31 December 2021 episode starts with Tejo scolding Angad for running out of the hospital.

Angad asks Tejo whether Fateh and Jasmine troubled her. Tejo says that they have come to collect some documents and will return to Canada soon.

In the meantime, Fateh warns Jasmine to stay away from Tejo and leaves.

Later, Fateh misses Tejo and hopes for her well-being.

The next day, Tejo sees Angad cooking in the kitchen. Angad insists on going to the Gurudwara with her.

On the other hand, Fateh reaches the same Gurudwara.

At the Gurudwara, Tejo and Fateh wish for each other's happiness while Angad thinks that he is the only one who can keep Tejo happy.

Further, Angad proposes to Tejo and asks her to marry him at the Gurudwara itself.

Tejo gets shocked and walks away. She walks past Fateh but they do not see each other.

Angad runs behind Tejo and tries to stop her. Tejo tells him that she always mentioned that their relationship was fake.

Tejo clears to Angad that she just needed help from him and not any relationship.

Fateh sees Tejo and Angad together and overhears their conversation when Angad mentions being her fake fiance.

Angad tells Tejo that she deserves to have a family. Tejo says that she wanted to move on from the pain but not from the love she did with Fateh.

Upcoming Udariya episode updates: Tejo is shocked to see Angad misbehaving with her. Angad looks furious with his possessive attitude towards Tejo.