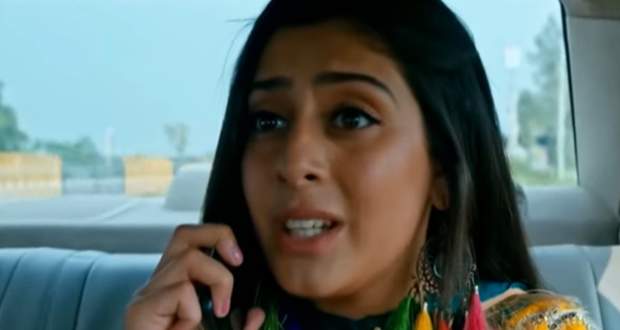 Today's Udaariyaan 31 July 2021 episode starts with Fateh and Tejo coming to Jasmin's house while Gippy also comes there to take the passport.

Jasmin starts asking Gippy if he had any affairs and starts shouting that he has wronged her.

Tejo heard the fight from outside the room when Jasmin takes Gippy's hand and slaps herself with it.

Tejo comes at the same time and sees Jasmin sitting on the floor holding her cheek while Gippy looks at his hand.

Tejo fights with Gippy while family members come there.

Hippy pushes Tejo away and asks Jasmin why she is doing drama while Fateh starts beating him.

Mami says that Gippy cannot betray Jasmin when Jasmin shows pictures of him and Sweety hugging.

Flashback shows, Jasmin forcing Sweety to fall on Gippy as she takes their pictures.

© Copyright tellybest.com, 2020, 2021. All Rights Reserved. Unauthorized use and/or duplication of any material from tellybest.com without written permission is strictly prohibited.
Cached Saved on: Monday 17th of January 2022 10:11:37 AM