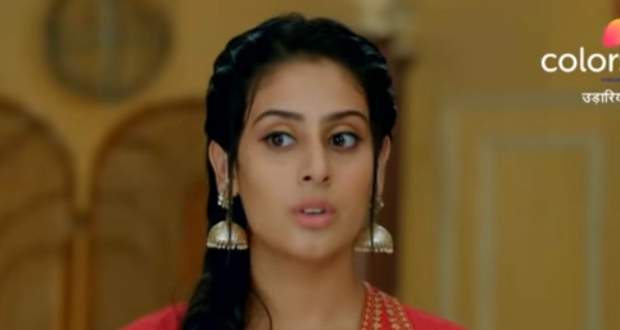 Today's Udaariyaan 3 August 2021 episode starts with Fateh scolding Jasmin for making Gippy look characterless while she comforts him about lying to Tejo.

Meanwhile, Tejo tries to hear what Mami and Gippy are talking about as they leave in the car.

Jasmin tells him that he doesn't love her passionately like she does and leaves.

Fateh runs after the rickshaw and stops Jasmin from leaving by hugging her.

They again confess their love their each other and promise to support each other.

Later, Jasmin gets tensed to see Tejo at her home but gets glad realising that she doesn't know her secret.

Tejo takes Mami aside and warns her to not trouble Jasmin again or else she will remove her from the family.

The next day, Jasmin goes in a car to meet Fateh while Gippy follows the car.

Fateh lies to Tejo that he is going to the Goldstar restaurant to meet an investor for the academy and she feeds him sweet curd for good luck.

Fateh and Jasmin talk to each other on-call while on their way as Mami warns Gippy to not be seen by Jasmin.

At home, Tejo finds a note from Fateh's clothes and gets shocked.

© Copyright tellybest.com, 2020, 2021. All Rights Reserved. Unauthorized use and/or duplication of any material from tellybest.com without written permission is strictly prohibited.
Cached Saved on: Thursday 2nd of December 2021 11:46:03 PMCached Disp on: Monday 6th of December 2021 07:05:22 AM