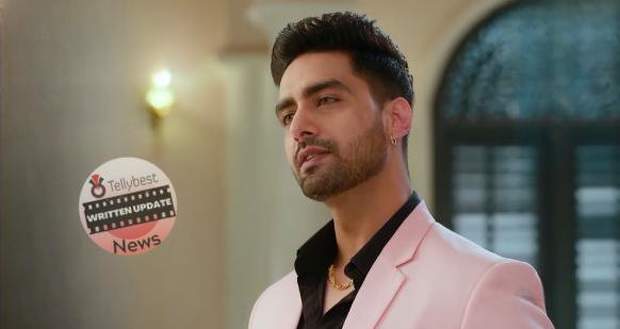 Nehmat confronts her grandfather for doing this to her and asks why he suddenly changed his mind.

After constantly asking, Rupi states that Ekam’s father does not want her and Ekam to get together.

Rupi informs her that Jayveer wants to make a rich girl her daughter-in-law.

Meanwhile, Nehmat cries at her grandfather’s words and emotional Rupi advises her to forget Ekam and leaves her alone.

Nehmat runs to her room while Rupi sits on his bed crying his eyes out.

In Nehmat’s room, she picks up her phone to call Ekam but recalls her grandfather's words and refuses to call him.

On the other hand, Rupi tells Sati that Ekam was the one who helped Nehmat to get out of the trauma of Fatejo’s death but now Jayveer has broken her heart into a thousand pieces by snatching Ekam from her.

Meanwhile, Nehmat is sitting on the ground and is talking to Fatejo’s frame.

She recalls his father’s words and starts punching her frustration out on the pillow.

In Kapoor's house, the goon informs Shamsher and Advait that he has threatened Jay to separate Ekam and Nehmat.

However, Advait tells them that it is difficult to separate Ekam and Nehmat and recalls her fierce’s attitude.

Meanwhile, Shamsher advises Advait to keep his preparation ready for the election and Advait informs his father that his younger brother is arriving soon from London.

However, Shamsher tells Advait to let his brother enjoy his life as he is young and orders him to take care of the election campaign.

On the other hand, Nehmat tells Ekam about Jayveer's conversation with Rupi.

She tells him that his father was acting weird to her for the past few days.

Meanwhile, Ekam hugs Nehmat and assures her that he will talk to his father and will marry her at any cost.

However, Nehmat tells Ekam that she cannot do this to her grandfather and breaks her and Ekam's friendship, relationship and love.

Ekam's eyes fill with tears and Nehmat picks her bag up and walks away.

He runs behind Nehmat and requests her to calm down and not run from mere problems.

However, Nehmat refuses Ekam's request as she cannot go behind her family’s back and walk away while Varun watches the break-up with a smirk.

Meanwhile, Ekam gets angry at Nehmat for making fun of their love and says he will never meet her again.

© Copyright tellybest.com, 2022, 2023. All Rights Reserved. Unauthorized use and/or duplication of any material from tellybest.com without written permission is strictly prohibited.
Cached Saved on: Monday 21st of November 2022 06:41:08 AMCached Disp on: Thursday 1st of December 2022 12:05:44 PM