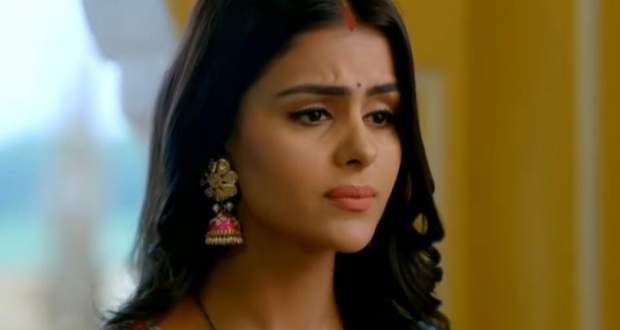 Today's Udaariyaan 6 August 2021 episode starts with Fateh imagining and telling the truth to Tejo as he hugs her and praises her.

Elsewhere, Satti and Rupy demand Mami leave and rebuke her but she warns them that Jasmin has ruined their family.

Later, Jasmin calls Fateh but Tejo sees the number saved as Jaswinder and accepts the call but Jasmin disconnects.

Fateh makes an excuse of getting ice cream and talks with Jasmin on call.

She tells him to meet her the next day while he sees Tejo disconnecting the call.

The next day, Fateh and Jasmin talk to each other and he changes her name to Sameer on contacts.

He tells her that he is going to have dinner with Tejo and that he can't ignore after that night.

She asks him what happened that night and he lies to her.

Meanwhile, Siman sees Tejo leaving school and feels happy while she changes her whole appearance to talk to Mahi and Gurpreet on a video call.

Fateh makes plans with Tejo for the dinner date when Jasmin calls him and tells him to not go with her.

He refuses after which Jasmin makes plans with Amrik to go to the same restaurant.

© Copyright tellybest.com, 2020, 2021. All Rights Reserved. Unauthorized use and/or duplication of any material from tellybest.com without written permission is strictly prohibited.
Cached Saved on: Wednesday 22nd of September 2021 02:20:43 PM