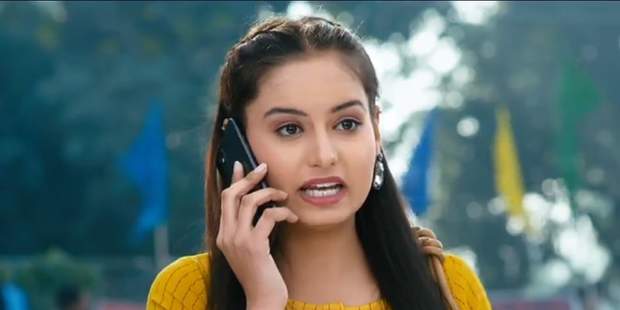 Today's Udaariyaan 7 December 2021 episode starts with Tejo asking Ria whether she misses her mother while Angad overhears them and asks the maid to take Ria for lunch.

On the other hand, Jasmine meets Sweety in disguise.

Jasmine breaks a bottle and her hand starts bleeding.

Jasmine says that her wound will heal only after she takes her revenge from Tejo and Fateh.

Further, Jasmine goes to Angad's office to find out where he and Tejo have vanished.

Later, Sweety guesses that maybe Fateh is with Tejo and Angad.

Jasmine gets angry thinking that everything was a plan to ruin her dream of going to Canada.

Meanwhile, Tejo asks Angad the reason that makes him behave differently with Ria to which Angad replies that Ria is different from other kids.

Tejo realizes that something is seriously wrong between Angad and Ria.

Elsewhere, Fateh works as a dish cleaner at the hotel where others wonder why a guy like him is working there.

Fateh and Tejo's family miss them badly while Jasmine wonders where are Tejo, Angad, and Fateh.

On the contrary, Tejo and Fateh miss each other without knowing they are not far away from each other.

Further, Angad comes to Tejo with noodles while Tejo tells Angad that she should not stay with him longer as people will gossip about them.

Angad asks Tejo to close her eyes as he has a solution for it.

Angad puts back their engagement ring on Tejo's finger.