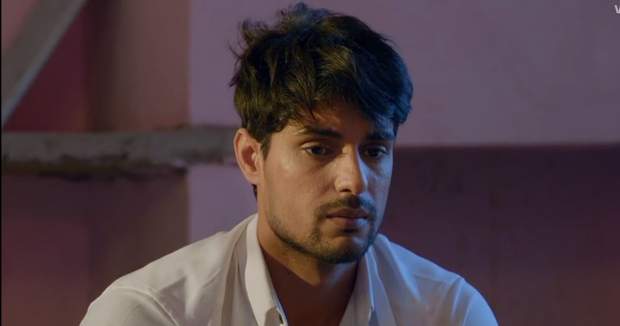 Today's Udaariyaan 8 December 2021 episode starts with Angad asking Tejo to be fake Mrs. Maan so that no one gossips about them.

On the other hand, Fateh's co-workers talk rubbish about the girl he loves.

Fateh gets angry and fights with a guy. Fateh's co-workers team up and beat Fateh.

Further, Fateh looks at himself in the mirror and tells him that he deserves this after everything he has done with Tejo.

Meanwhile, Gurpreet explains to Khushbeer that he has to leave the hope of seeing Tejo and Fateh together and pray for their wellness and happiness.

Elsewhere, Tejo overhears Angad talking to someone and saying that he cares about his daughter, Ria.

Later, at the hotel, the manager asks Jasmine to pay the rent of the room in advance.

Jasmine gets angry at them and threatens to ruin their reputation on social media.

The manager tells Jasmine that he can give her a days' time and if she fails to make the payment then she'll have to leave the hotel.

From a distance, a man watches Jasmine arguing with the manager.

In the meantime, Fateh gets fired from his job and does not get paid.

When Fateh tries to request the manager to give him his wages, the manager asks Fateh to run after a car to return their bag to the guest.

Fateh runs behind the car for a long distance by lastly falls on the ground.