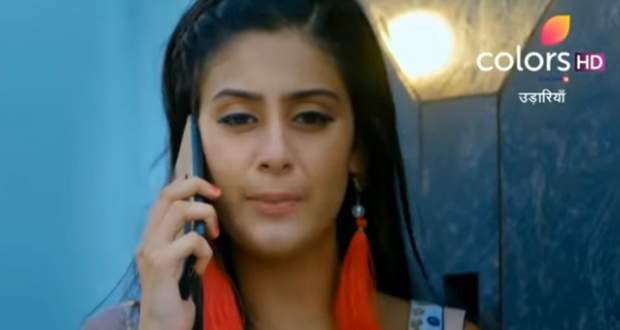 Today's Udaariyaan 9 August 2021 episode starts with Tejo getting upset thinking about herself not knowing Fateh's favourite dish and asking Fateh her favourite things.

He realises that she's tensed and calms her.

Elsewhere, Amrik drops Jasmin and apologises to her for Nimmo's behaviour while she tells him that she's used to it.

Jasmin suggests revealing the truth to Tejo while he says that it's not easy.

Fateh sees Tejo and disconnected the call to talk to her.

Elsewhere, Gurpreet gets a call from Nimmo who tells her that she has breaking news that she will give after coming home the next day.

The next morning, Tejo tells Mahi to tell her Fateh's likes and dislikes.

Nimmo talks to Gurpreet and tells them to be warned of Tejo and Jasmin as Jasmin is eyeing Amrik.

She reveals what she saw in the restaurant the previous day while Mahi puts up a photo of Tejo fixing a button on Fateh's shirt on her social media.

Jasmin calls Fateh and makes him say I love you to her while making plans to meet in the evening.

Later, Jasmin sees the picture of Fateh and Tejo and keeps trying to contact Fateh who is talking to Khushbeer and switches off his phone.