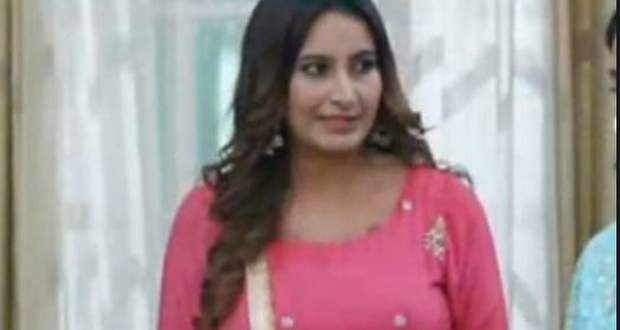 Today's Udaariyaan 9 October 2021 episode starts with Khushbeer drinking the tea made by Jasmine in which she has added medicine to overdose Khushbeer and blames Tejo for it.

Further, Tejo leaves from there to go to college but her car gets damaged. Tejo tries to book a cab but fails to do so. So, Fateh offers to drop her but she refuses.

Meanwhile, Khushbeer is playing with Candy but suddenly starts feeling uneasy and falls to the ground. Candy goes and tells Tejo. Everyone runs to the room and gets tensed seeing Khushbeer lying on the ground while Jasmine is happy seeing her plan work.

Later, the doctor checks Khushbeer and tells them that by mistake he has been given an overdose of medicine. Everyone gets angry at Tejo for being irresponsible.

Gurpreet tells Tejo that from now onwards she'll take care of Khushbeer and asks Tejo to leave before she says something mean.

After some time, Khushbeer gains consciousness and tells everyone that Tejo cannot make a mistake intentionally.

Further, Tejo goes to the kitchen to make soup for Khushbeer while Jasmine comes there. Jasmine tries to show fake sympathy when Tejo suspects that maybe Jasmine had overdosed on Khushbeer.

Later, Biji tells Tejo to start the arrangements for Navratri's Jagran. Gurpreet and Nimo do not accept to give responsibilities to Tejo.

Suddenly, Khushbeer comes there are tells he'll not hear a word against Tejo and she'll continue to take care of his medicines.

In the evening. Khushbeer tells Tejo to invite Candy and his mother for the jagrata. Tejo gets happy as she'll be bringing Candy's mother, Simran back to her house. Jasmine overhears Tejo and decides to expose her.

© Copyright tellybest.com, 2020, 2021. All Rights Reserved. Unauthorized use and/or duplication of any material from tellybest.com without written permission is strictly prohibited.
Cached Saved on: Thursday 2nd of December 2021 12:13:18 PMCached Disp on: Monday 6th of December 2021 09:00:43 AM