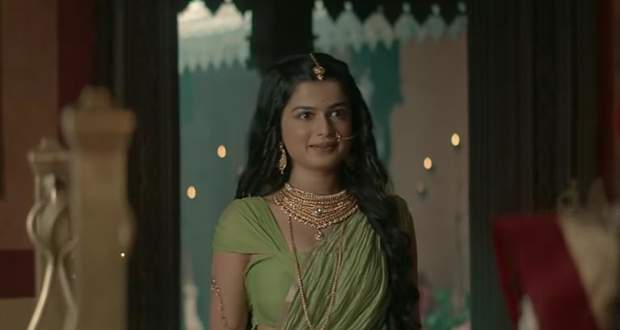 Today's Vidrohi 12 October 2021 episode starts with officer Flecher scaring Kalyani further taking Maharaja to the side where he threatens him with his possible attack.

He demands to accept the deal with East India Company or else he will have to battle while Kalyani indicates him to sign no.

Meanwhile, Jagabandhu tells the people that they are one family and will face everything together.

Other British officers rebuke Flecher for being half Indian and tell him to prove himself by snatching the powers from the king of Jagannath Puri.

Jagabandhu argues with Gangadhar while his wife says that they don't have to think about a child but they have to when San comes there and informs them that their king is released.

Kalyani tells her father that Mohan is scared of getting captured while he says that they have to be careful.

Elsewhere, Flecher thinks to take the king in front of people and then strip him of his rights.

Jagabandhu keeps his hand on the fire and vows to regain the lost respect while Kalyani thinks to fight against the Britishers.

Later, Flecher brings the king in front of his people in a bad condition and chained which angers everyone.