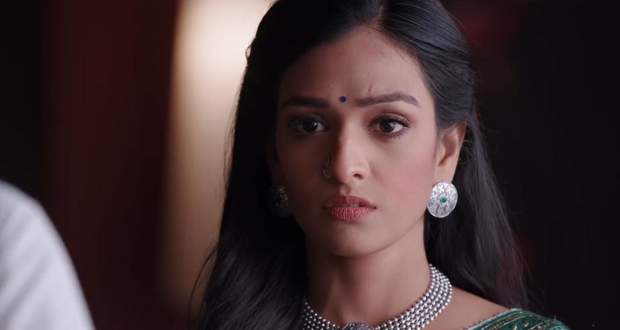 Today's Yeh Hai Chahatein (YHC) 10 Dec episode starts with Saaransh getting his cast removed and the doctor telling him that he will need it for few more days to walk.

Preesha helps Saransh walk but Mahima takes him from her and this makes Rudraksh uneasy.

Rudraksh-Saaransh complains about studies, while Preesha sings to make Saaransh remember it.

Rudraksh and Saraansh make fun of her voice which Mahima comes there singing the same song.

Saraansh praises her voice and tells Preesha to learn from her which hurts Preesha's feelings.

Later, Saaransh tells everyone that he came first in his class and Balraj asks him what he wants as a gift.

Saaransh whispers something in his ears which worries everyone and then Balraj gives him a piggyback ride which shocks everyone.

Meanwhile, Mahima thinks that they are getting closer and forms a plan to take Saaransh with her.

Balraj gets legal notice from Mahima for the custody of Saraansh which makes him hysterical.

Pressha comes there and Balraj begs her to not let Mahima take away Saraansh.

Elsewhere, Mahima shows her featured to Yuvraj for helping her with the custody papers.

Preesha comes there and confronts her about the custody papers while Rudraksh overhears their conversation.

He angrily tells Mahima that Saraansh is his son which initiates a fight between the two.

Rudraksh tells her that he'll see her in court and tells her to get out of Khurana house.