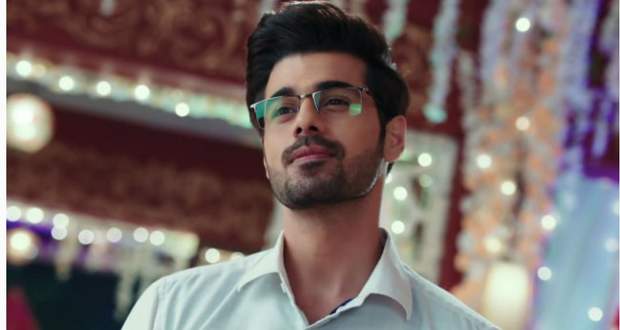 Today's Yeh Hai Chahatein (YHC) 12 Jan episode starts with Preesha telling Rudraksh that the video is not on her phone.

He checks her phone for the video but doesn't find it either while Preesha says that it must Mahima's doing.

The inspector suggests them to bring in the person who gave a statement against Mahima to get her arrested.

Preesha calls Gautam and informs him of the disappearance of video and tells him to come to Delhi for stating against Mahima.

He says that he will come in the evening's flight while Preesha tells him to send the flight details so that she can pick him up.

Later, Preesha is waiting for Gautam's flight to land while a delivery boy comes there and gives her a parcel.

She opens the parcel and suddenly smoke starts coming out of it which makes her unconscious.

The delivery boy calls Mahima and says that he has given the parcel to Preesha while she thinks that she will end Gautam also.

Elsewhere, Gautam reaches Delhi and calls Preesha but she doesn't respond. He decides to go to a hotel while Mahima and Yuvraj keep an eye on him.

A flashback shows Mahima meeting Yuvraj and telling him that she knows he is planning with Preesha and Rudraksh to expose her.

She tells him about Arjun and he reveals that he doesn't know anything about Arjun.

Mahima says that Rudraksh and Preesha don't trust him and mocks him for helping them.

She offers him 10 lakh every month if he helps her and he agreed.

Later, Yuvraj deletes Gautam's video from the Preesha at night and flashback ends.

Mahima tells Rudraksh her plan and sends him after Gautam's car while she exits from the car.

Later, Mahima convinces Rudraksh and Saaransh to play monopoly with her and switches off their phones.

Elsewhere, GPS and Vasudha take Preesha to the hospital while Gautam regains consciousness.

© Copyright tellybest.com, 2020, 2021. All Rights Reserved. Unauthorized use and/or duplication of any material from tellybest.com without written permission is strictly prohibited.
Cached Saved on: Thursday 28th of January 2021 03:21:29 PM