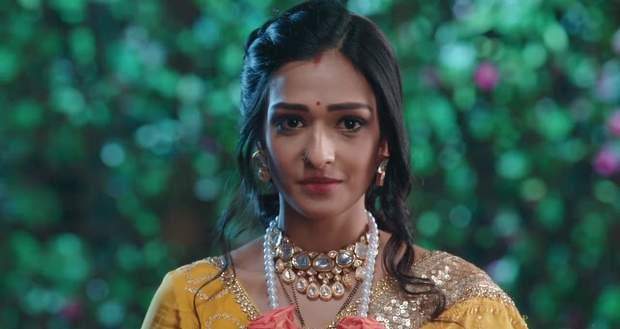 Today's Yeh Hai Chahatein (YHC) 13 Jan episode starts with Preesha being taken to the hospital while Gautam shouts for help.

Some people notice him and get him out of the car. After a while, Yuvraj sees the car having a blast and calls Mahima to inform her that Gautam is dead.

Sharda comes to Rudraksh's room and informs them that Preesha is in the hospital.

Meanwhile, GPS gives the doctor the box and the doctor sends it for examination.

Later, Mahima and Rudraksh reach the hospital while Gautam is also taken there by some people.

They reach Preesha's room when a doctor comes there and informs them that Preesha had inhaled the poisonous fumes inside the box that was beside her.

The doctor says that there might be some damage to the nervous system while GPS says that the person who sent the box to Preesha must be punished.

GPS takes Mahima and Vasudha out of the room while Rudraksh locks the door and tends to Preesha.

Later, everyone is in the room while Preesha gains consciousness.

Suddenly, the police come there and ask her if she knows any Gautam Shukla but she denies.

The inspector informs her that her number was the last dialled number on his phone and that he was in a very brutal accident.

The inspector informs them that Gautam is alive which panics Mahima.

The inspectors inform them that he is in the same hospital.

GPS states that the attack on Preesha and Gautam's accident might have been done by the same person while the inspector says that he is just waiting for Gautam to regain consciousness.

Preesha connects all the links and confirms her suspicion that Mahima is behind all this while Mahima goes out of the room and calls Yuvraj.

She berates him for not being able to kill Gautam and tells him to come to the hospital to complete his work.

Yuvraj comes to the hospital and Mahima tells him to complete his work.