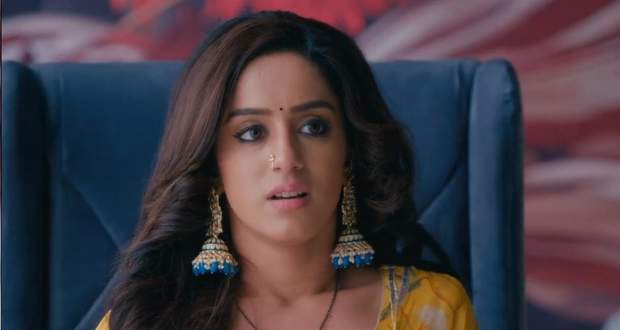 Today's Yeh Hai Chahatein (YHC) 13 Nov episode starts with Preesha getting emotional on seeing Rudraksh’s way of apology. Family members bless both of them to always stay together and to support each other.

Ahana and Mishka leave from there and get angry with Rudraksh for touching Preesha’s feet. Later, Rudraksh informs everyone that he is going to Ooty with Preesha for their honeymoon.

Ahana asks him to concentrate on his career, while Rudraksh says that his wife is his first priority and he wants to spend time with her.

Balwant allows Rudraksh and Preesha to go to Ooty. Meanwhile, Rahul tells Yuvraj that he is shifting to Switzerland and asks him to settle his account.

Neerja comes there and informs Yuvraj and Rahul about Preesha’s honeymoon with Rudraksh.

Amma and Sharda help Preesha in packing her bags for the honeymoon. Rudraksh arrives there and asks Preesha to help him in finding his socks.

Rahul and Yuvraj get into an argument and Rahul order him to get out of his house. Yuvraj says that he only wants Preesha in his life.

Rudraksh gets romantic with Preesha and gets closer to her. Preesha asks him to let her go but Rudraksh asks her to say I love you to him.

Preesha starts teasing him and Rudraksh says that he will make her confess her love in Ooty. Elsewhere, Yuvraj starts begging money in front of the temple.

Sharda gifts something to Preesha and asks her to open it in Ooty only. Later, Preesha and Rudraksh say bye to everyone and leave for the airport.

© Copyright tellybest.com, 2018, 2019, 2020. All Rights Reserved. Unauthorized use and/or duplication of this material without written permission from tellybest.com is strictly prohibited.
Cached Saved on: Sunday 29th of November 2020 10:53:52 AM