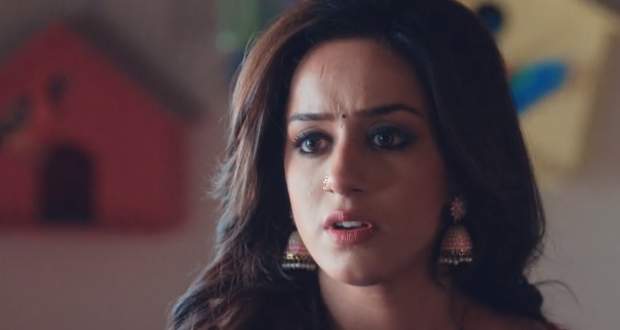 She takes the blood report to the police station to proves that duplicate Rudraksh murdered Balraj.

The police inspector says this proof is not enough to prove Rudraksh’s innocence and says Saaransh is this case’s important eyewitness and they have Rudraksh’s fingerprint on the knife too.

The police tell they can’t help them in any way. Now, Preesha has to find some other strong evidence to save him.

Duplicate Rudraksh and Mahima are planning to take over the Khurana company.

Yuvraj finds out Mahima’s plans about duplicate Rudraksh and asks for money to be silent. She agrees and gives him money.

Preesha sees money in the cupboard and realizes that Yuvraj is working for Mahima and he was deceiving them till now.

Yuvraj is shocked to see money in her hand and tries to convince her but she gets angry and leaves.

Mahima and Ahana fight for the MD position.

Mahima says she is the wife of MD and insults Ahana. Mishka takes a stand for Ahana but she is insulted too.

In the police station, Preesha informs Rudraksh about Yuvraj.

Ahana comes there says she will help them to expose Mahima.