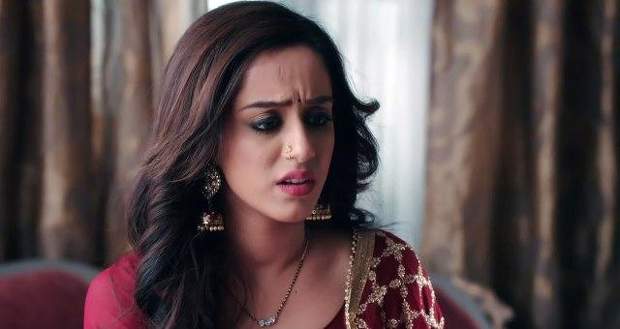 Preesha tells Rudra that she saw Sulochana mom drinking and dancing. Listening to it Rudra tells Preesha maybe she has misunderstood and not to think about it much.

Later, Preesha gets suspicious, and to know the truth she goes to Sulochana’s room and discovers liquor bottles. When asked, Sulochana denies and says those bottles are not hers.

Preesha calls the maid and asks for an explanation.

Sulochana then plans a conspiracy to take revenge. She adds a medicine that shows the fake pregnancy of a woman.

Sulochana tells Sharda that they shall reveal the good news. Sharda then says it's better they get the confirmation first and Preesha tells it to everyone.

Sulochana reacts with a grimace on her face.

Later, Sulochana tries to make Saaransh her target and influences him.

She tells Saaransh that Preesha will love her own child more than him.

Saaransh gets upset to know this.

Sulochana then plans a ploy by placing a skateboard on the way Preesha was going to come.