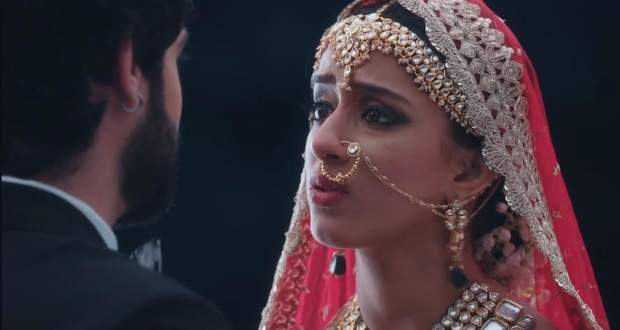 Today's Yeh Hai Chahatein (YHC) 18 Dec episode starts with Preesha apologizing to Rudraksh for hurting him. Rudraksh reveals that it was their plan to fake their divorce.

Preesha recalls how she met a mad man who was roaming around with Mahima’s picture. That man told the truth about Mahima aka Anjali to Preesha.

He tells Preesha that Anjali runs away after taking money. Further, Preesha makes a plan with Rudraksh to not let Saransh go with Mahima.

Preesha and Saransh went to Chennai to know the truth about Mahima’s mental health. They got to know that there was no mental asylum at the address provided by Mahima.

The security guard informs them that someone set the hospital on fire sex months ago. They both took help from Yuvraj to support them in their plan against Mahima.