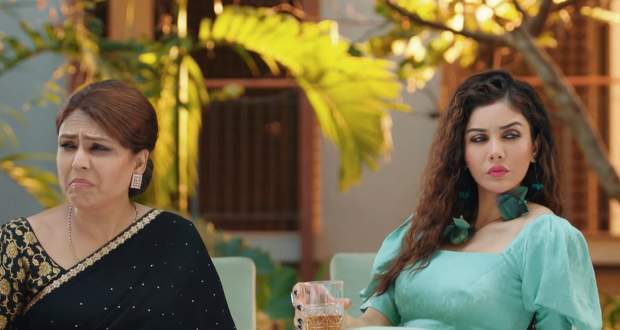 Today's Yeh Hai Chahatein (YHC) 18 May episode starts with Preesha crying as she tells Rudra that Saaransh doesn't want to talk with her.

Preesha tells Rudra that since Sunny has entered their life things are worsening with them and Saaransh.

Further, Sunny gets tensed on hearing Preesha and Rudra's conversation and rushes to tell it to Yuvraj.

Meanwhile, Sharda and Vasudha try to make them understand Saaransh that Preesha loves him the most but Saaransh refuses to accept it.

At the same time, Yuvraj tells Sunny that he doesn't need to worry that he will be thrown out of the house as Preesha won't let that happen.

On the other hand, to take revenge on Saaransh, Sunny weaves a cunning plan against him by placing banana peels on Saaransh's way to make him fall badly.

But unfortunately, Preesha falls and gets hurt which makes Saaransh emotional.

Later, Preesha consoles Saaransh by explaining to him politely that if she is taking care of Sunny that doesn't mean she doesn't love him anymore.

Further, Saaransh calms down and accepts Sunny and he reunites with Preesha.