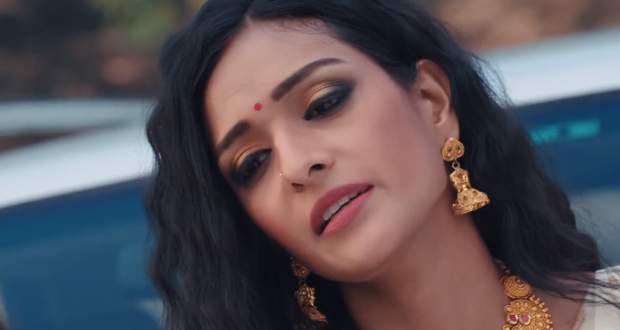 Today's Yeh Hai Chahatein (YHC) 19 Jan episode starts with Preesha getting an idea to give a truth serum tablet to Mahima. She tells the same to Rudraksh and they both plan to record everything.

Preesha decides to invite Mahima for Pongal and make her eat the truth serum tablet. The Khurana family wishes to celebrate Lohri.

GPS calls Mahima and invites him for Pongal. He insists and Mahima agrees to talk to Rudraksh. Rudraksh first refuses and then agrees when Saraansh convinces him.

They all reach Srinivasan home to celebrate Pongal and greet each other. Mahima and Preesha hug each other while Mahima knows Preesha is doing the acting.

Further, GPS and Vasudha give gifts to everyone including Saraansh. Saraansh receives a dress but refuses to wear it as he fears Preesha will see his wounds.

Preesha goes to get Payasam and mixes the truth serum in one of the bowls. She gives the bowl to Mahima and also makes her eat the Payasam.

Mahima feels uneasy while Rudraksh and Preesha take her out in the name of the hospital. They bring her to a secluded area where they make her speak the truth.

Mahima confesses that she blackmailed Arjun and also killed Gautam. She further reveals that she wants the trust fund of Saraansh.