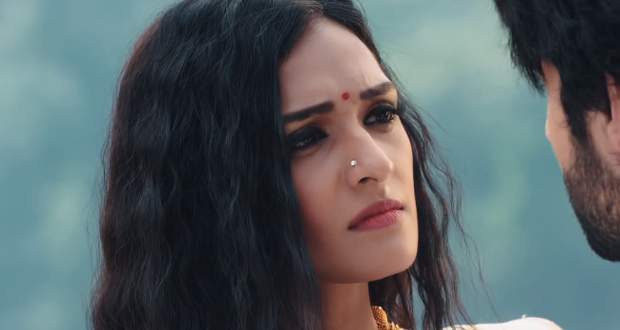 Today's Yeh Hai Chahatein (YHC) 20 Jan episode starts with Mahima revealing that she wanted to get Saraansh back to get Rudraksh’s money. She further says she is not attached to Saraansh.

However, it all turns out to be a dream, and Mahima is not affected by truth serum. She decides to do acting and refuses to know any Arjun.

Preesha tries to get the truth out of her while Mahima lies and says she doesn’t know any Gautam as well.

Preesha is confused as truth serum doesn’t have an effect on Mahima. Mahima reveals that she didn’t drink the truth serum.

Yuvraj had overheard Preesha and Rudraksh’s conversation and helped Mahima. He threw the truth serum and filled it with water.

Mahima doesn’t reveal Yuvraj’s name and says she changed the truth serum with water. Mahima also confirms that Rudraksh is in Preesha’s team.

Mahima is ready to go to the police station and mocks them for not having any proof. She reveals that she knew they have teamed up against her.

Mahima threatens to take Saraansh away while Rudraksh threatens to kill her. Rudraksh holds Mahima by her throat while Preesha tries to stop him.

Mahima threatens to kill them both and leaves. Preesha and Rudraksh get worried for the safety of Saraansh.