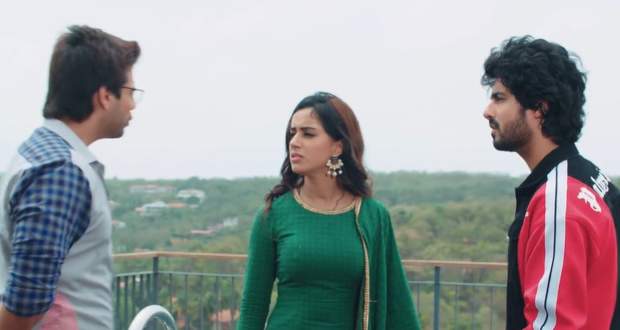 The family lawyer refuses to take the case which makes Rudraksh and Preesha disappointed.

Meanwhile, Yuvraj tells them that he will argue the case and he also says that his license came back which is canceled by Rudraksh.

Finally, Rudraksh agrees on Yuvraj as their lawyer.

Sulochana overhears Yuvraj and Rudra's conversation, and she shouts at Yuvraj for taking up the case.

Yuvraj calms down Sulochana by saying that he takes up the case to fail them in court which makes Sulochana happy.

Later, everyone assembles at court and the argument begins.

Kabir's lawyer starts the argument with the doctor who treated Saraansh and Sunny earlier.

The doctor says that Preesha is the main reason for their unconscious condition by giving them sleeping pills.

Further, Yuvraj argues in favor of Rudraksh and tells that sleeping pills and vitamin C tablets can not be differentiated by anyone.

Yuvraj also says that Preesha gave them to Saransh and Sunny by mistake.

On the other hand, in the resort, Sulochana tells about the case to Saraansh and he runs to court.