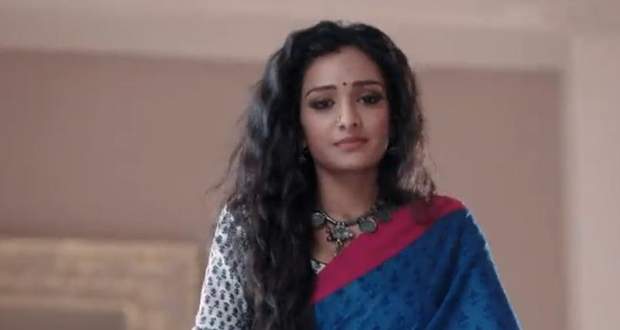 Sharda sees Saaransh playing and tells him to bring his books while she berates Mahima for letting him play as his exams are near.

Mahima says that Saaransh does not need to study to get a job as he is Rudraksh's son which shocks Sharda and she starts rebuking her for such thinking.

Rudraksh and Preesha reach Arjun's home but are informed that he is in Noida for his marriage.

Mahima forms a sly plan and puts Saaransh's state board in the staircase.

Sharda steps on the skateboard and suffers a head injury due to the fall.

Elsewhere, Rudraksh and Preesha plan to go to Noida but get a call from home telling him about the accident and tells him to reach the city hospital.

Preesha insists Rudraksh that she wants to come with him to see Sharda but he makes her understand that their plan will be jeopardized if they reach the hospital together.

At the hospital, the doctors say that Sharda doesn't have any major injuries but will have to wait for the reports regarding the internal injuries.

Preesha calls Rudraksh but doesn't get a response and forms a plan to go to the hospital.

She tells Yuvraj to help her make Pakorah's and purposefully puts the hot oil on her hand.

While getting bandaged, Preesha gets the information about Sharda's whereabouts and sees her from afar.

The doctor tells Balraj that Sharda's uterus is damaged and to consult a gynecologist.

© Copyright tellybest.com, 2020, 2021. All Rights Reserved. Unauthorized use and/or duplication of any material from tellybest.com without written permission is strictly prohibited.
Cached Saved on: Saturday 23rd of January 2021 01:03:42 AMCached Disp on: Sunday 24th of January 2021 05:08:49 AM