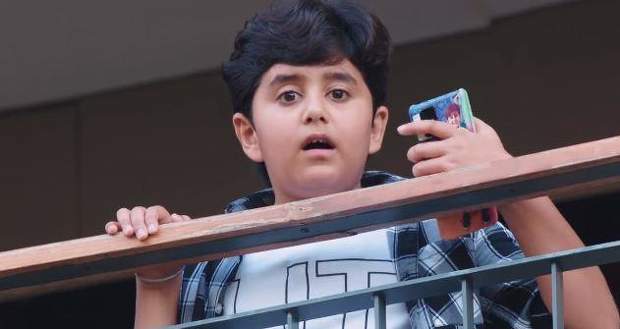 Today's Yeh Hai Chahatein (YHC) 26 May episode starts with Yuvraj provoking Mishka while she reveals she is not pregnant. She further shows her concern for Saraansh.

The judge announces a break while Preesha slaps Sonia out of the court. Rudraksh also rebukes Sonia for her actions.

Sonia again tries to accuse Rudraksh while Preesha takes a stand for him. Later, Saraansh rushes inside the court while Sulochana is pleased with her plan.

The judge announces that he will ask Saraansh whom he wants to choose as his parents. The court is adjourned while Saraansh comes at the same time.

Saraansh thinks Preesha wants him to go away while Preesha and Rudraksh console him.

Kabir tells Saraansh that they will live happily together while Saraansh says he wants to live with Rudraksh and Preesha.

Mishka tries to instigate Saraansh against Rudraksh and Preesha. Rudraksh and Kabir get into a fight while Yuvraj calms them.

Mishka and Kabir are worried about Saraansh’s statement while Yuvraj has an idea to change his statement.

Meanwhile, Rudraksh is angry at Sonia for taking such pictures of them. Rudraksh and Preesha get into a fight while Sharda consoles them.

Later, Saraansh is asked to come to room 3001 for a surprise. Saraansh gets shocked to see Vasudha in trouble.