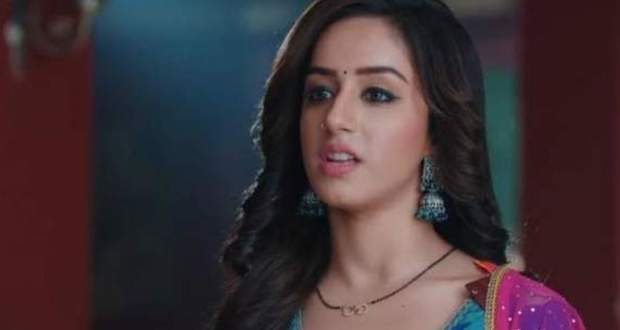 She sees the bottle from which Rudraksh took the pill and tells the police to call an ambulance as the pills are very dangerous.

She takes him to the operation room where he regains consciousness.

The inspector asks her why they aren't in an emergency ward to which Preesha days that she'll have to cut open Rudraksh's stomach to take out the pills.

Rudraksh suddenly gets up and says that he doesn't need an operation cause he swallowed Calcium pill, not sleeping pills.

Preesha tells them that she knew their plan and berates the inspector for helping Rudraksh in his plan.

A flashback shows the Inspector realising that it is Rudraksh in the cell and take him out of the cell while telling him that he is his fan.

Further, Rudraksh tells him his love story and the inspector agrees to help him and they form the plan.

Preesha warns Rudraksh that she'll again file for a restraining order he does this type of things again and leaves from there.

Elsewhere, Yuvraj meets up with Mahima and praises her for her planning and asks her how she did it.

He says that he doesn't need to know and tells him that their next plan will destroy that whole Khurana family.

Preesha reaches home and retells Rudraksh's drama to GPS while Yuvraj overhears them.

He calls Mahima and informs her about Rudraksh's drama while she tells him to leak the information to the media.

Next day, Aahana can't find her designer dress while Mishika tells her to look towards the stairs and she gets shocked to see Mahima wearing it.

They argue while Balraj and Sharda come there.

Mahima tells them about Rudraksh's dramas and tells them that media is coming for an interview and that is why she wore Mahima's dress.