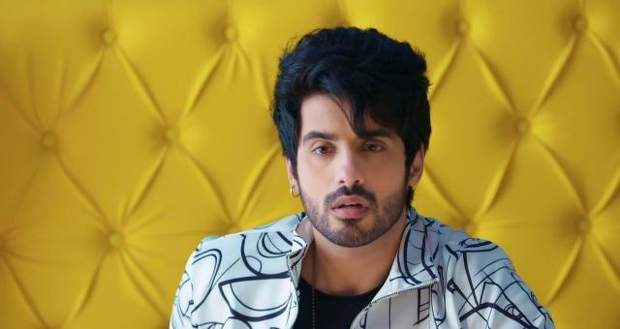 Today's Yeh Hai Chahatein (YHC) 28 Nov episode starts with Saransh shouting at Mahima for sleeping with him. He runs to talk to Rudraksh and Preesha and gets angry with them for leaving him alone.

They all start enjoying together, while Preesha asks Mahima to join them. She apologises to Preesha and Rudraksh for getting into their room unknowingly.

GPS tells Vasudha that he is worried for Preesha, while Vasudha takes a stand for Mahima and says that she will not cause any trouble for Preesha.

GPS and Vasudha get into a heated argument. Meanwhile, Preesha helps Saransh and Rudraksh to get ready for school.

She takes Mahima to the psychiatrist and finds Yuvraj there at the hospital. He tells her that he has come for the job interview for the clerk position.

The doctor informs Preesha that Mahima has a deep effect of depression on her mind. Further, Preesha tries to get Mahima and Saransh closer in different ways.

Rudraksh misunderstands Mahima as Preesha and hugs her from behind. He gets shocked to see Mahima in Preesha’s dress, while GPS witnesses all this and gets worried for Preesha.

He suggests Mahima come back to the Shrinivasan house. Preesha gets happy to meet GPS and looks for her mother around.

Later, Mahima gets a vision in her dream and she starts walking in sub-conscious state. Preesha goes to give medicine to Mahima but doesn’t find her in her room.