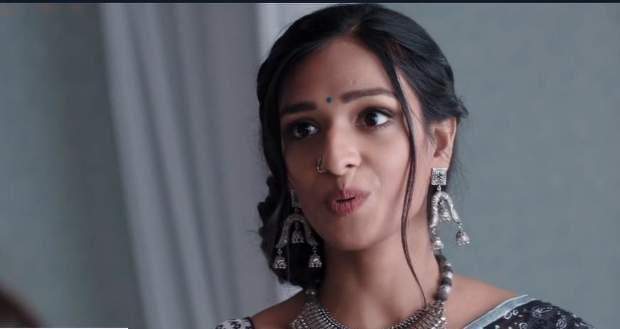 Today's Yeh Hai Chahatein (YHC) 29 Dec episode starts with Mahima talking to Aahana while Saaransh hides in the trunk of her car.

Meanwhile, Rudraksh lies to reporters that he has come to the wedding venue to meet the organiser.

Preesha looks for Arjun and a lady points towards a groom and tells her that he is Arjun.

She goes towards him when suddenly many couples come there and she loses him in the crowd.

Further, she motions Rudraksh to come inside and she tells him that she found Arjun but lost him in the crowd.

The head organiser comes to Rudraksh and shows his gratitude for supporting the organisation and offers to introduce him to all the couples.

Suddenly, Yuvraj sees Rudraksh in news and feels confused as to why he is at a marriage organisation.

Mahima reaches the wedding venue but the lady at the entry does not allow her to go inside.

Mahima states that she is Rudraksh Khurana's wife but the lady calls her crazy and says that Rudraksh's wife is Preesha.

Meanwhile, Preesha sees her and goes to warn Rudraksh but fails as he doesn't look at her.

Preesha decides to leave the venue from the front gate to save her plan.

Elsewhere, Saaransh tries to open the trunk but fails and shouts for help.

The lady pushes Mahima while Prusha's dupatta falls due to the wind.

Preesha manages to save herself from being exposed to Mahima and goes outside.

Preesha hears Saaransh's voice and realises that he is stuck in a car's trunk.

Inside the venue, Mahima is at the stage with Rudraksh and discloses to the media that she is Rudraksh's wife which shocks everyone.

Rudraksh also agrees with her words while Preesha comes there hiding her face.