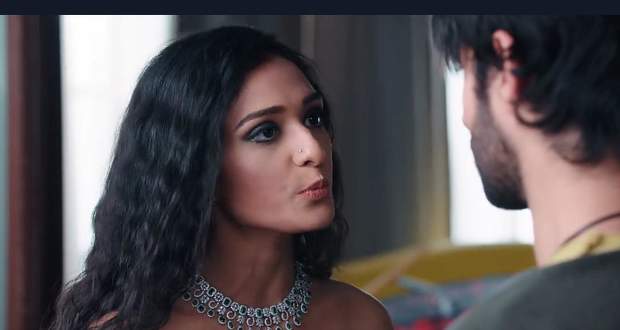 Today's Yeh Hai Chahatein (YHC) 29 Jan episode starts with Mahima and others going to Rudraksh's room and asking him where he is going.

Balraj tells him that they know what he did in the jail and the media also knows while Rudraksh says that he has to go to meet Preesha.

Mahima stops him and emotionally blackmails that she will leave with Saaransh if he does not stay.

The family leaves while Mahima calls Yuvraj and orders him to get Preesha to watch the live news.

Yuvraj tells Preesha to have breakfast and gets her to sit while she sees Mahima ans Rudraksh's interview.

Rudraksh tells the media that Mahima is his everything and she tells him to gives his love for her.

Preesha gets angry and leaves while Rudraksh also leaves.

She gets into a taxi and Rudraksh reveals himself as the driver.

She reaches the hospital and gets annoyed seeing Rudraksh mopping her office floor who tells her that he got a job there.

She goes for an emergency case while Rudraksh comforts the patient's husband.

Preesha comes out and tells them that only the mother or baby can be saved and he chooses his wife.

However, Preesha comes out later and informs him that both his wife and daughter are safe.

Preesha calls the security to kick out Rudraksh but he informs her that he has bought the hospital.

© Copyright tellybest.com, 2020, 2021. All Rights Reserved. Unauthorized use and/or duplication of any material from tellybest.com without written permission is strictly prohibited.
Cached Saved on: Tuesday 21st of September 2021 04:38:54 AM