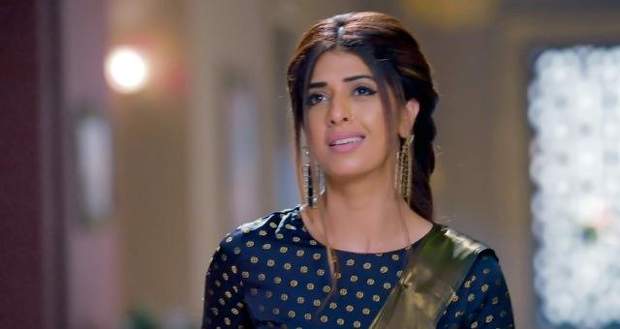 Today's Yeh Hai Chahatein (YHC) 2 Dec episode starts with GPS asking Rudraksh and Preesha about if Mahima creating any trouble for them. Preesha asks him to let Mahima stay with her and Saransh.

Rudraksh gets angry when he learns that Mahima is sleeping with Saransh. He goes to Saransh’s room and takes him to his room.

Preesha argues with Rudraksh for keeping Saransh away from Mahima. Rudraksh says that he will not let Saransh stay with the mentally disturbed Mahima.

He asks her to make a final decision that either she will support him or Mahima. Preesha chooses her sister and leaves from the room.

Rudraksh locks the door from inside but hopes that Preesha will knock the door. Further, Preesha promises to give Saransh back to Mahima at any cost.

The next morning, Mahima hypers on not seeing Saransh sleeping next to her. Preesha tells her that Rudraksh feels that Saransh will not be safe with her.

Balraj asks Rudraksh to reach at the right time at his concert. Preesha informs Saransh that GPS will take him to his house at the time of the concert.

Ahana doubts on Mahima’s unstable mental condition and calls Yuvraj to tell her about Mahima.

Yuvraj informs Ahana that he doesn’t think Mahima is mentally unstable. Ahana asks him to get more information about Mahima’s condition.

© Copyright tellybest.com, 2020, 2021. All Rights Reserved. Unauthorized use and/or duplication of any material from tellybest.com without written permission is strictly prohibited.
Cached Saved on: Saturday 16th of January 2021 01:31:42 AM