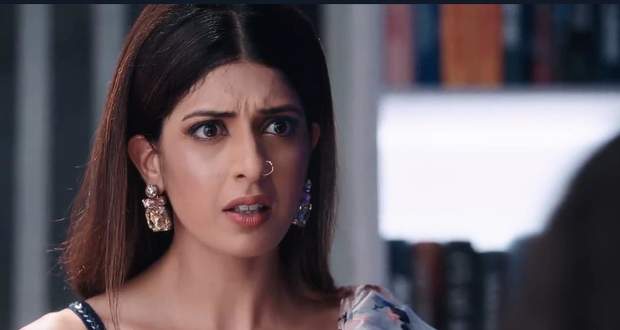 Today's Yeh Hai Chahatein (YHC) 30 Jan episode starts with Rudraksh telling Preesha that he has bought the hospital and that she can't kick him out of the hospital.

A flashback shows Rudraksh finding out that the husband of the mother inside is the owner of the hospital, Vipul Khanna and requesting him to sell the hospital to him to get close to Preesha.

Preesha says that she'll resign while Rudraksh warns her that she'll have to give 5 crore rupees as compensation for immediate resignation.

Elsewhere, Aahana and Mishika go to her office and get shocked seeing Mahima sitting her cabin.

Aahana berates her while Mahima tells her to talk to Balraj as he has given her the office.

Later, Mahima sees that a huge amount is transferred while the accountant tells her that Rudraksh bought the hospital where Preesha works.

Mahima finds out that Balraj doesn't know about the transaction and plans to tell him.

Preesha plans to stay at the hospital due to a transport strike while Rudraksh says that he'll drop her home as she is his employee.

However, Preesha brings all of the staff and tells them that Rudraksh is the new owner of the hospital and will drop them off.