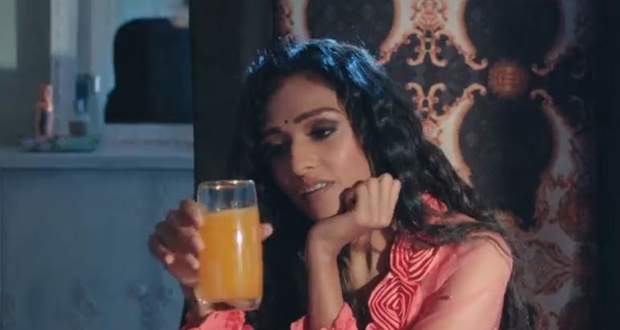 Today's Yeh Hai Chahatein (YHC) 31 Dec episode starts with Yuvraj telling Preesha that he came there to save her.

In the flashback, Yuvraj calls Preesha and informs her that they are on the news and warning her that Mahima might come there after watching them on news.

In present, Preesha tells Yuvraj that she came to get evidence against Mahima and that they will talk about it later.

Meanwhile, Rudraksh greets Arjun Varma and tells him that he wants to ask him a personal question.

Rudraksh asks her about Mohini and tells him that her real name is Mahima who is living in his house at the moment.

Rudraksh tells him all that happened and requests him to help her expose Mahima to save Saaransh.

Arjun denies getting involved in their matter but his wife convinces him to help Rudraksh.

Arjun tells him that he will reveal everything to police after coming back from his honeymoon and Rudraksh agrees.

They part ways as Rudraksh indicates to Preesha that their plan is successful in finding Arjun Varma.

At night, Mahima spikes Rudraksh's juice with the intent of getting intimate and forces him to drink the juice.

Rudraksh gets dizzy and falls unconscious while Mahima puts him to bed.

At the same time, Saaransh wakes up from a nightmare and sees no one after which he calls Preesha.

Saaransh informs her that both Rudraksh and Mahima are not present after which Preesha tells Saaransh to do something.

Saaransh tells her to step aside and sleeps next to Rudraksh.

Saaransh kick Mahima out of bed in his sleep which angers her.

© Copyright tellybest.com, 2020, 2021. All Rights Reserved. Unauthorized use and/or duplication of any material from tellybest.com without written permission is strictly prohibited.
Cached Saved on: Friday 22nd of January 2021 07:32:14 PMCached Disp on: Tuesday 26th of January 2021 04:06:14 AM