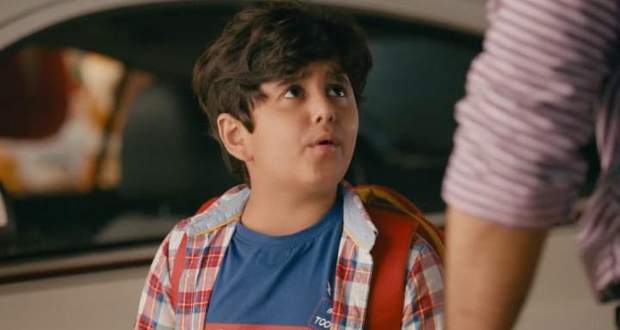 Today's Yeh Hai Chahatein (YHC) 4 Dec episode starts with Rudraksh accusing Preesha of thinking only about Mahima and telling her to make a decision.

Meanwhile, Balraj is angry at Mahima for attempting suicide in Khurana house as it will create problems for him and his reputation.

Ahana incites him to throw Mahima out of the house while Mishika supports her.

He tells her to talk to Rudraksh about it because if he did it will end up in fight only. She says she will make sure that Rudraksh throws Mahima out of the house.

Gopal enters his house and Vasudha questions him about Mahima. He lies about her being fine.

Saraansh thinks about Preesha and Rudraksh's fight and writes a note saying he is leaving the house and will return only when Mahima leaves.

Saraansh leaves the house. Yuvraj finds Saraansh roaming in the streets and goes to him.

Yuvraj asks why he left and Saaransh informs him about Preesha-Rudraksh fighting.

Preesha reads Saraansh's letter informs others about it.

Meanwhile, Yuvraj informs Saraansh that Preesha has to leave him as Mahima is his biological mother.

Saraansh says that he wants to live with Preesha only.

Yuvraj tells Saaransh that he has to throw Mahima out of the house if he wants to live with Preesha and drops him at Khurana house.

Rudraksh and Preesha hug Saraansh but he says that he wants to sleep as he is tired and tells them to sleep with him.

He thinks he will give money to Mahima so she can leave this house.

© Copyright tellybest.com, 2020, 2021. All Rights Reserved. Unauthorized use and/or duplication of any material from tellybest.com without written permission is strictly prohibited.
Cached Saved on: Monday 18th of January 2021 06:36:22 PM