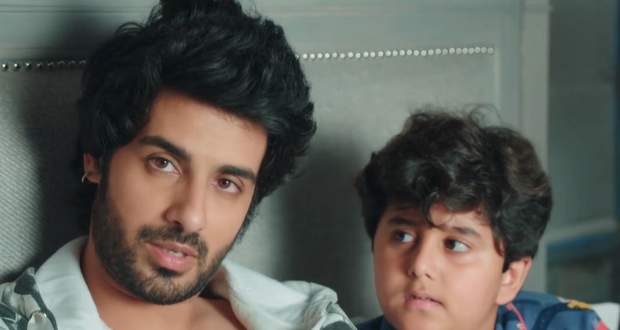 Today's Yeh Hai Chahatein (YHC) 5 May episode starts with Sunny requesting Rudra to allow him to sleep in his room.

Saraansh teases Sunny but Rudra tells him to apologise to Sunny.

On the other hand, Sulochana appreciates Sonia for getting close to Rudra and making Preesha feel insecure.

Later, Preesha suspects Rudra's behavior with Sunny and tells Sharda that he is taking care of Sunny like his own child.

Further, Rudra asks Sunny about his mother's name but he refuses to answer and meanwhile Sharda overhears their conversation.

Sharda interrogates Rudra and asks him for an explanation about Sunny's mother.

Rudra tells Sharda that may be Reema is his mother as she is the only girl who is not settled with family.

Meanwhile, Saaransh gets upset with Rudra as he brought toys for Sunny and not for him.

At the same time, Preesha politely consoles Saaransh and asks Sunny to share his toys with him.

Further, when Sharda is lost in her thoughts Preesha comes and asks her about Rudra's friend which makes her unanswerable to Preesha's questions.

© Copyright tellybest.com, 2020, 2021. All Rights Reserved. Unauthorized use and/or duplication of any material from tellybest.com without written permission is strictly prohibited.
Cached Saved on: Monday 17th of January 2022 09:07:03 AM