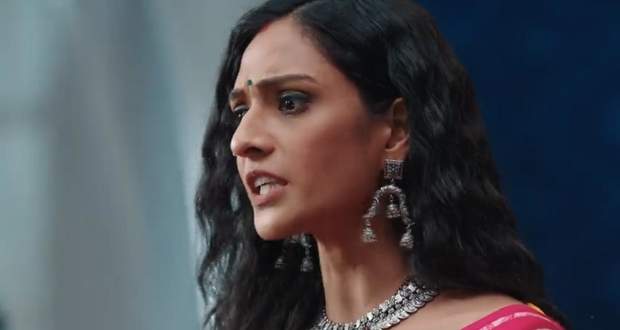 Today's Yeh Hai Chahatein (YHC) 8 Jan episode starts with Arjun lying to everyone that Preesha offered him money to lie about Mahima and that she is conspiring against her.

Vasudha further hears his words and slaps Preesha when she tries to defend herself.

Rudraksh takes Preesha out of the house and apologises to her for not being able to help. He further tells her that Mahima may know their plan against her and says that they need to be more careful.

Mahima fake cries in the room while Rudraksh comes there and tries to console her when she suddenly hugs him.

Rudraksh leaves the room after which Mahima talks about how she had a hunch on him and Preesha from the start of planning against her and planning to expose her truth.

However, she confirmed her hunch when she saw them talking outside the Khurana mansion the other night.

A flashback shows Mahima going to the manager of the group marriage organisation and finding out that Rudraksh and gone there to meet Arjun Varma.

She further goes to Arjun's house with some goons and gets him beaten by the goons.

She kidnaps his wife and tells him to do as he says or she will kill his wife.