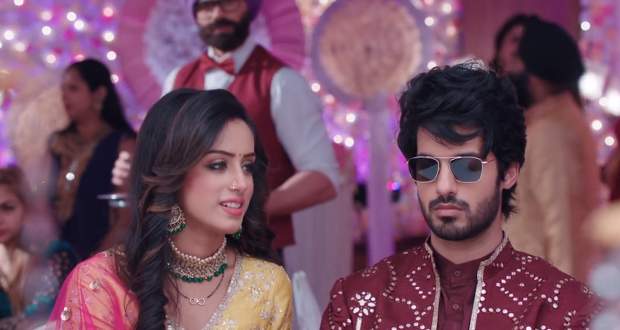 Today's Yeh Hai Chahatein 11 Mar episode starts with Preesha holding Rudraksh upright on the stage. Preesha goes to get his phone while Bunty and Bubbles continue with marriage rituals.

Shardha confronts Preesha and is sure she has not killed her son. She further gives her a traditional necklace while Ahana witnesses the scene.

Ahana gets upset with Preesha receiving the necklace while Mishika asks her to buy another necklace. Ahana is upset as she has not received the desired respect.

Ahana declares that she will kill Preesha and Shardha. Later, Saaransh asks Preesha to apologize to Rudraksh and Preesha asks for forgiveness.

However, Rudraksh is asleep and didn’t hear anything. Preesha again tries to apologize while Rudraksh walks away. She tries multiple times but Rudraksh tortures her.

Later, they go on the stage to get clicked for photographs after Bunty and Bubbles marriage rituals are completed. Further, some ladies ask Preesha about her necklace and praise their family.

Balraj and the social worker have a small chat and Balraj gives a check as a donation to her foundation. He is further confronted by Ahana who tells him about the necklace.

Saaransh asks Preesha to go to the canopy outside and Yuvraj overhears this.

© Copyright tellybest.com, 2018 & 2019. All Rights Reserved. Unauthorized use and/or duplication of this material without written permission from tellybest.com is strictly prohibited.
Cached Saved on: Thursday 2nd of April 2020 09:03:33 PMCached Disp on: Friday 3rd of April 2020 04:33:01 PM