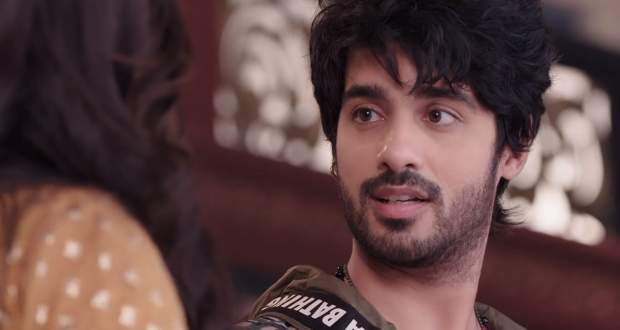 Today's Yeh Hai Chahatein 13 Jul episode starts with Sharda bringing Preesha and Rudraksh to meet Saraansh. The room is empty and Saraansh is nowhere to be found.

They all start searching for Saraansh in the entire house and later call the police. The police point out that it might be a kidnapping case.

The story of 24 hours prior is seen wherein Preesha is singing south Indian Bhajan. Everybody arrives in the whole listening to Preesha’s melodious Bhajan and Aarti.

Preesha reveals that she was playing the record of her mother’s voice. Later, Preesha gets a call from the hospital while Balraj is angry that Saxena has not come on time.

Meanwhile, Ahana is upset with Yuvraj ditching them and calls him again. Yuvraj knows that Mishka is calling and warns them of complaints against them.

Preesha says that the pandemic is spreading and they can’t do any concert. Niketan and Rudraksh also support Preesha’s decision. Preesha also says that she has sent all the servants home and they have to manage all the work together.

Niketan says Rudraksh, Ahana, and Mishka will also help her. Rudraksh offers to do the cleaning of the house while Niketan says he will clean his room.

Ahana tries to make excuses while Niketan brings vegetables for Mishka and Ahana to cut. Later,  Rudraksh does a horrible job of cleaning the house.

Preesha and Rudraksh share some romantic moments and clean the floor together. Mishka gets angry to see them together and throws the tray of chopped vegetables.