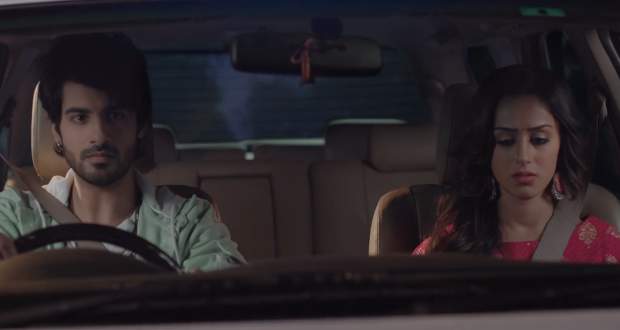 Today's Yeh Hai Chahatein 13 Mar episode starts with Ahana and Rudraksh blaming Shardha for trusting Preesha. Balraj wants to throw Preesha out of their lives while Rudraksh wants to scold her.

Everybody leaves while only GPS and Yuvraj are left. Later, Vasudha is upset that Preesha was accused as she was not at fault. She wants Preesha to come home while she wants to prove her innocence.

Preesha says she has given the custody of Saraansh to Rudraksh and thinks he is good for her son. She says she can sacrifice her happiness for Saraansh.

GPS gets mad at Yuvraj for being near Preesha and accuses him of doing bad with her. He further asks him to stay away from Preesha and is ready to give statement against him.

Later, Saraansh asks Preesha if she is alright and reveals that he was scared. Saraansh makes Preesha apologize to Yuvraj while later Bunty and Bubbles take Saraansh.

Preesha tries to explain the situation to Rudraksh in the car while Rudraksh drives recklessly. He further accuses Preesha of being characterless and threatens to kill her.

Rudraksh takes her to a dance bar and asks her to dance and earn money as a punishment.