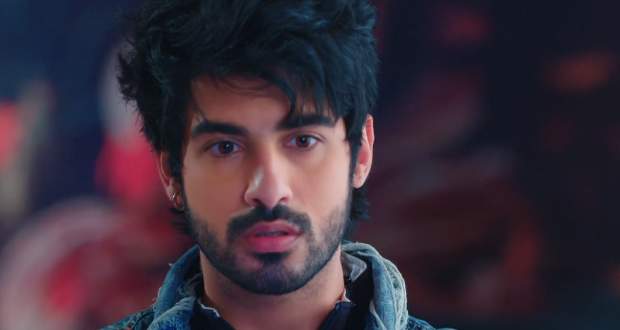 Today's Yeh Hai Chahatein 14 Aug episode starts with Preesha learning that Rudraksh helped Saraansh in cheating. She gets upset with Rudraksh for choosing the wrong path for Saraansh.

Rudraksh reveals that Saraansh returned the chits and didn’t cheat. He feels Saraansh is lucky to have a mother like Preesha. He reminds himself that Preesha has killed his brother but feels something for her.

Rudraksh stares at Preesha’s face and then makes fun of her. Ahana reveals that Saraansh passed the test and gets angry at the principal.

Ahana runs her mind and says Saraansh still can’t get admission. She says one of the parents of Saraansh aka Rudraksh is not educated. Preesha gets shocked to learn that Rudraksh is not graduated.

Preesha follows Rudraksh while Saraansh wants to know if he passed the test. Preesha asks Rudraksh to complete his graduation online and offers to help.

He says his father forced him to become a singer but he wanted to study. Sharda comes into the room and blames herself for not being able to help Rudraksh.

Saraansh consoles Rudraksh while Preesha tries to cheer everyone up. They share happy moments together as a family.

© Copyright tellybest.com, 2018 & 2019 & 2020. All Rights Reserved. Unauthorized use and/or duplication of this material without written permission from tellybest.com is strictly prohibited.
Cached Saved on: Thursday 24th of September 2020 02:52:58 AM