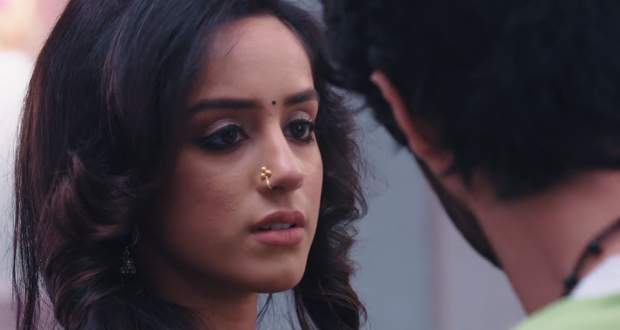 Today's Yeh Hai Chahatein 15 Jul episode starts with Preesha making fun of Rudraksh for being scared of lizards. Rudraksh wants Preesha to watch a horror movie while she accepts the challenge.

Rudraksh further reveals that he was weak in maths. He also shares that he was scolded a lot for not attending music classes and was not able to live his childhood.

Sharda comes with food and asks them to share their secrets fast. Meanwhile, Vasudha tries to find her necklace and later learns that GPS has taken money from jewelers in exchange for money.

Rudraksh shares with Preesha that he composes songs and that his brother used to hear them. Preesha decides not to tell anything about her sister in front of him.

Later, Preesha reveals that she has a piercing on her belly button. Rudraksh gets shocked and also impressed to see the piercing and both share some close moments.

Saraansh is hiding and waiting for Rudraksh and Saraansh. He is later taken away by some lady in a red dress. At the same time, Sharda tells Rudraksh and Preesha that Saraansh is in her room. However, they are not able to find him in the room or anywhere in the house.

Upcoming Yeh Hai Chahatein episode update: Saraansh is nowhere to be found while Sharda suggests Balraj might have kidnapped him.