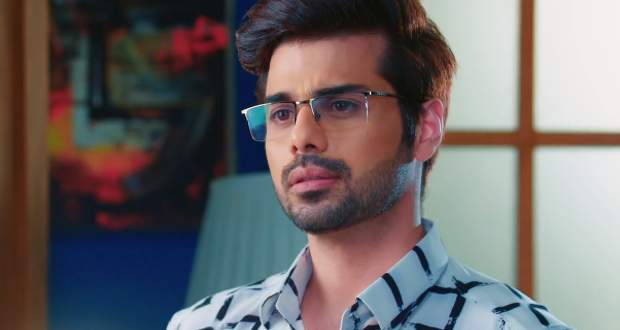 Today's Yeh Hai Chahatein 17 Aug episode starts with Rudraksh revealing his decision of completing his studies. Balraj criticizes his decision and is adamant to not let him study.

Rudraksh threatens to stop recording and performing as a musician. Balraj gets angry and is about to slap him when Prerna stops him. Meanwhile, Yuvraj gives an interview at Rahul Arora’s office.

Yuvraj is excited to work as a legal advisor and lies about his career. Rahul Arora is aware of Yuvraj getting suspended from the judge position and calls him a liar.

Balraj gets angry at Preesha and is about to slap her when she stops him. She threatens to send him to jail and criticizes his behaviour towards Rudraksh.

She rebukes him for treating Rudraksh as a money-making machine. Balraj asks who is she to dictate him anything while Preesha says she is the legal wife of Rudraksh.

She further warns him of filing a police complaint against him. Ahana asks Balraj to not speak anymore and tells Preesha to behave herself. Meanwhile, Yuvraj is asked to leave but he threatens Rahul Arora of revealing his secrets.

Rudraksh hugs Preesha and thanks her for supporting him. Preesha praises his dedication to studies and is ready to fight the world for him. Sharda is afraid of Balraj’s reaction while Preesha is not ready to stay scared.

Elsewhere, Yuvraj confronts him about not saving his partners in a fire and saving the papers of the company. Yuvraj further suggests working together against his arch-enemy Rudraksh. Rahul agrees to give him a job.

Upcoming Yeh Hai Chahatein episode update: Ahana makes a plan against Rudraksh and gets his sign on termination letter.