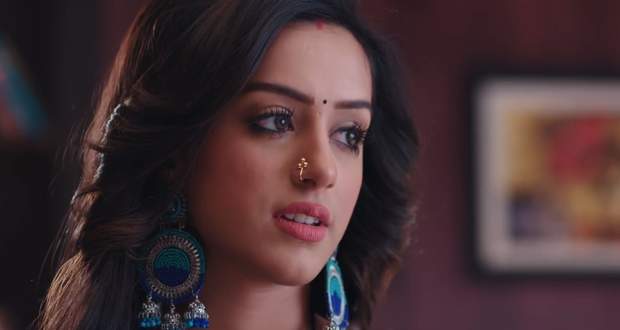 Today's Yeh Hai Chahatein 17 Mar episode starts with Preesha making fun of Rudraksh for losing his voice. Niketan calls out for Rudraksh and Preesha in anger.

Niketan calls Preesha a lethal combination of beauty with brains and accuses of trapping Rudraksh. Niketan shocks everyone by giving blessings to Preesha.

He shows trust in Preesha and also gives Shagun to her. He also asks Ahana and Mishka to accept the fact that Mishki is not accused anymore of murder.

Balraj gets mad at Saraansh for keeping his toys here and there while Niketan lectures him about bonding with Saraansh. Later, Preesha goes for Saraansh’s admission to the school.

Saraansh speaks about Rudraksh and their situation while the principal refuses to give admission. Preesha struggles to get Saraansh admission in any school.

Later, Preesha finds Balraj with Niketan’s manager and gets confused. Meanwhile, GPS and Vasudha get upset to see Yuvraj at their home. Yuvraj apologizes to them but GPS is really angry with him.

Vasudha also accuses Yuvraj of stealing the necklace from Preesha. Later, Rudraksh learns that Preesha and Saraansh are upset because of not getting admission in a good school.