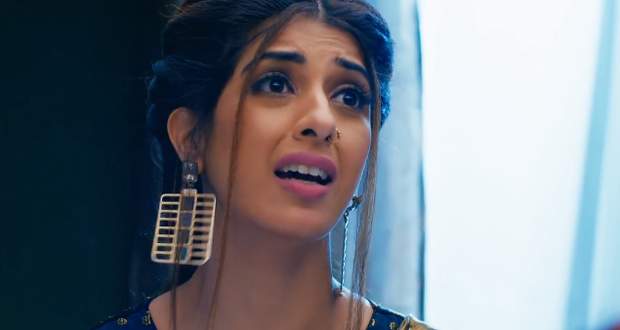 Today's Yeh Hai Chahatein 18 Aug episode starts with Balraj getting angry and breaking things in his room. Ahana and Mishka enter the room and try to console him.

Ahana asks him to agree with Rudraksh and think about their business. She offers to do publicity on behalf of him and make Balraj a hero in this situation.

She instigates him against Preesha and assures him that she will take revenge on his behalf. Meanwhile, Preesha is preparing for Rudraksh’s school while Ahana makes Rudraksh sign some papers.

She has got his signs on termination form which means if he breaks any rules, he will be rusticated. Later, Vasudha calls Preesha and asks about Rudraksh joining the school. Preesha says he is doing it for Saraansh.

Preesha goes to ask Rudraksh about his login ID and password for the class while Rudraksh holds her tightly. Later, they stare at each other while Rudraksh asks if she feels something while coming close to him.

Rudraksh has not got login ID and password while Ahana and Mishka are talking about fooling Rudraksh. Rudraksh confronts her about it while Ahana says the information must have been sent to Sharda.

Rudraksh visits Sharda’s room and finds it in a terrible condition. Rudraksh and Preesha offer to help her clean the room while Balraj doesn’t want them in the room.

Balraj insults Preesha while Rudraksh asks Sharda to come along. Balraj doesn’t want her to leave the room while Preesha asks him to not treat Sharda as an object.

Upcoming Yeh Hai Chahatein episode update: Ahana makes a plan and changes the time of alarm clocks to get Rudraksh out of school.