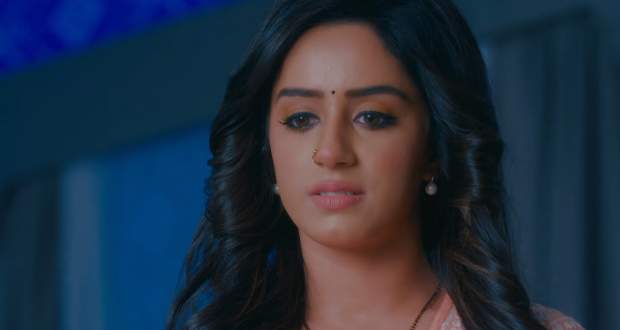 Today's Yeh Hai Chahatein 19 Aug episode starts with Rudraksh getting angry at Balraj for his behavior. Preesha tries to console him and makes him understand that he can’t change everything in one day.

Preesha offers to wake him up in the morning but Rudraksh says he will wake up on his own. Meanwhile, Yuvraj visits GPS and Vasudha’s house and reveals he has got a new job.

He tells them he has got a job in a big company while GPS is not happy with it. Later, Mishka changes the time of the alarm of all three watches and also on the mobile phone.

Preesha wakes up Saraansh and gets him ready while later finds Rudraksh asleep. Meanwhile, Ahana and Mishka are happy with their plan and tell it to Balraj. However, Ahana gets shocked to learn that Rudraksh has logged in.

Rudraksh has logged in with the help of Preesha. Rudraksh thanks Preesha for waking him up while later Rudraksh is scolded for using the phone during class.

The teacher also asks him to wear a uniform while Balraj decides to do something huge against Preesha. Preesha promises the teacher that they will arrange a uniform till next class.

GPS makes Uttapam while Yuvraj comes and wishes to have breakfast. He learns that Rudraksh has taken admission in the 8th grade to get Saraansh admission.

Preesha asks Sharda why she is sitting in the dark while Sharda remembers how she was beaten by Balraj.

Upcoming Yeh Hai Chahatein episode update: Sharda suggests to get the uniform stitched at home while Ahana spoils his uniform.