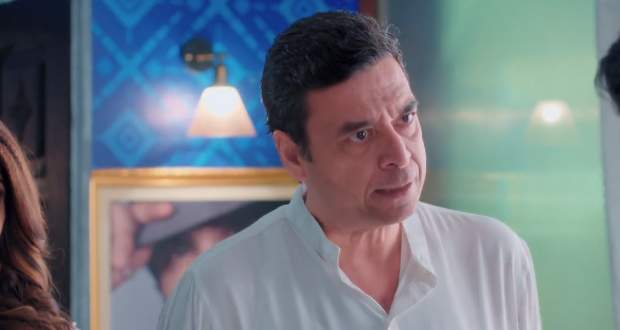 Today's Yeh Hai Chahatein 20 Aug episode starts with Preesha asking Sharda about her fear. Sharda feels guilty for not taking care of her children. Sharda further hides her wounds while Preesha is confused.

Rudraksh’s principal asks Sharda to get a uniform for her son within a day. Ahana is pleased with her plan and thinks Rudraksh will be out of the school.

Sharda and Preesha console Rudraksh for wearing a uniform. Preesha tries to get a uniform online but is unable to contact anyone. Rudraksh is confident he will get the dress made but fails as the factories are closed.

Sharda asks them to get the material as she can stitch the uniform. She stitches the uniform while Preesha wants Sharda to speak up and not tolerate Balraj’s behavior.

Sharda wants her to promise that she won’t say anything to anyone. She is happy to get a daughter in her life. Later, Rudraksh’s uniform perfectly fits him while Saraansh and Preesha make fun of him.

Rudraksh is happy while Balraj comes and criticizes his decision. He reveals the various negative comments and the effect on their business. Preesha wants to tell everyone the whole truth to gain respect from fans.

Rudraksh is ready, to tell the truth, while Balraj is angry with Preesha. He plans something against Preesha to take revenge. Meanwhile, Yuvraj’s new boss is impressed with his information.

© Copyright tellybest.com, 2018 & 2019 & 2020. All Rights Reserved. Unauthorized use and/or duplication of this material without written permission from tellybest.com is strictly prohibited.
Cached Saved on: Thursday 24th of September 2020 04:32:04 AM