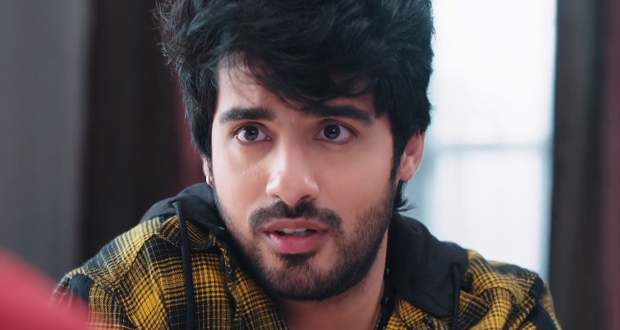 Today's Yeh Hai Chahatein 20 Mar episode starts with Niketan leaving for a meeting and Saraansh waking up. Saraansh gets happy to see breakfast and is asked to brush first.

Meanwhile, Rudraksh brings coffee for Mishka and Ahana and butters them up. Ahana wants to know the reason for his sweet behaviour while Rudraksh says he wants to get a kid admitted to her school.

Saraansh reveals that he slept with Rudraksh so that Preesha don’t take any tension. Saraansh is not happy to go the school but hides from Preesha.

Rudraksh reveals that the kid is the son of some celebrity and convinces Ahana in giving admission to him. Saraansh spills water on the school leaving certificate.

Preesha is forced to get the certificate from Saraansh’s old school and finds Rudraksh there. Later, Rudraksh reveals in front of Ahana that he wants to admit Saraansh in her school.

Ahana gets mad at first but later tells Rudraksh that she will discuss it with the principal. Later, Preesha is not happy with Rudraksh’s decision and Ahana reveals that Saraansh has to give a test.

Ahana further asks to make a difficult test for Saraansh. Meanwhile, Rudraksh asks Saraansh to do cheating but Saraansh refuses.

Later, Preesha seeks forgiveness from Shardha and wants to help her with Holi preparations. Shardha doesn’t expect anything from anyone and accepts Preesha’s apology.